A Nelson author is the recipient of the 2017 Richard Carver Award for Emerging Writers, sponsored by the Nelson and District Arts Council, the Elephant Mountain Literary Festival and the Carver Family. The jury elected to award the honour to author Diana Morita Cole.

The jury was charged with selecting an emerging writer with at least one published book who showed dedication to their writing practice. Additionally, the jury looked at ways in which the writers engaged with their communities. Diana is a curator, story teller, performer and author of the novel Sideways: Memoir of a Misfit, published by Diaspora Press. One of the jurors noted: “Diana’s a very engaged writer, presenter, teacher, storyteller, educator and organizer, in Nelson, Slocan, Kaslo and more widely. I especially liked the way she has engaged with and encouraged young writers.” Cole was excited by her nomination: “My husband, Wayne, and I had the privilege of knowing Richard Carver personally, so this award carries a deep personal message of responsibility that I will try to honour in my life and work. The Nelson arts community has inspired and encouraged me at each critical stage in my development as a writer and storyteller.”

Richard Carver was a lover of the arts and the Kootenays, and he was invested in the community. After his death in 2009, the Nelson and District Arts Council created this award in his honour; the Elephant Mountain Literary Festival came on board in 2015. Past recipients were Darcee O’Hearne, Jane Byers, Susan Dancer, Avi Silberstein, Donna Macdonald and Alanda Greene.

Cole will receive her award and read from her work at Elephant Mountain Literary Festival’s 100-Mile Opening Gala on Friday, July 7 at 7:30pm at the Hume Room in Nelson’s Hume Hotel. The evening also features celebrated local authors—Jane Byers, Leesa Dean, Emily Nilsen, and Eileen Delehanty Pearkes—whose works will be paired with local wines. Tickets are available at www.emlfestival.com. For more information on the Carver Award go to www.ndac.ca.

Reading at the Library: Vanessa Farnsworth

Sorry, the comment form is closed at this time. 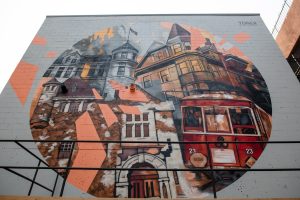